We Can Help You Achieve
an Education and Career
in health care!

"Success is not final, failure is not fatal - it is the courage to continue that counts."

Angela was a single mother who received government assistance to support her family.  With Project H.E.L.P. by her side, she completed her L.P.N. degree and became an administrator at an assisted living facility.

Angela was chosen to represent HPOG as a national success story and gave an inspiring speech!

We help income-eligible students with support and training for high-demand jobs in healthcare.

Find Programs Near You Find A Success Coach 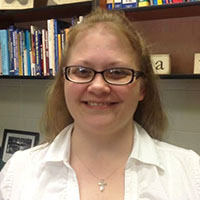 Program administrators not only supported me throughout the program, but with things I needed that were beyond my budget. Everyone wanted to see me succeed. I received help with a computer, flashcards to assist in studying for tests, and job opportunities. A career coach helped me update my resume. Now I have a job I really enjoy.
Tina Salmeron
Project HELP Graduate
Read More Success Stories